Universal Basic Services (UBS) is the only way to sustainably deliver the social safety and cohesion required in a large, modern society. 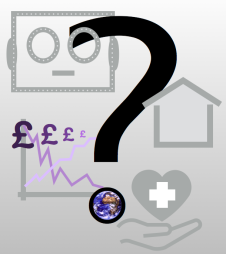 As advanced societies approach the end of their financial era they are faced with the twin burdens of advanced demographics (ageing) and advanced operagraphics (labour automation) at the same time that their economies move into a fully developed norm in which growth and capital requirements are reduced. This places an unbearable burden on tax revenues, unless the innate human instinct to contribute social effort is activated. Only by recognising and purposefully activating our natural inclination to make social effort in return for a promise of safety can our societies deliver the safety and security they need to function properly.

The conditions of our situation are widely recognised across the political spectrum, and are starting to manifest in the democratic choices of the advanced societies. There is no dispute that the combination of ageing populations and changing work environment caused by advances in digital technology is disrupting the 20th century model of conditional cash benefits. What to replace the old welfare system with has, however, eluded most to date. This site lays out the argument for UBS as the future model for welfare.